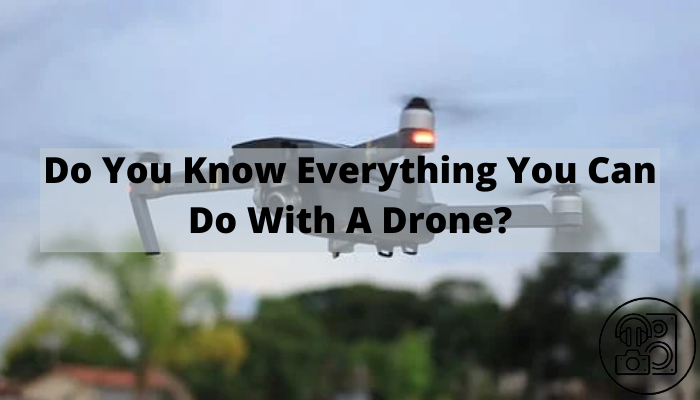 The drone has become an instrument that allows much more than a moment of fun like the old drones. Although more and more people, including young people, have taken one of them, companies and governments around the world use them for numerous functions. And it is that the uses of drones are really varied.

What uses can you give your drone?

They are increasingly used for recording sporting events and events of all kinds, weddings, celebrations, etc. When flying over the field they can offer much better angles than any other camera. But they are also used to give a more realistic image of demonstrations in cities or to capture different perspectives on special occasions, such as fashion shows. Its possibilities are almost unlimited since drones have greater movement capacity than a camera attached to a tripod.

More and more companies are pointing to drones as tools for home delivery of all kinds of shipments. In fact, there are some countries where they are used for pizza delivery, such as Russia and Israel. For its part, in China, they are used for some mail shipments. Amazon is the company that has announced its intention to employ them in this task, although the legislation seems to make it impossible at the moment.

Precisely, the use for deliveries makes it a perfect instrument for emergencies or for searching for people. These small devices are operated by remote control and can be used in disaster areas to deliver medicines, food, etc. Drones are fast and versatile, making it possible to provide a rapid response after an accident or disaster. In the same way, they are perfect instruments to inspect some remote areas where a person may have been lost. The equipment equipped with a high-resolution camera offers a perfect image for the search.

In line with rescue work, drones can also be used as a means of transporting products that are harmful to humans or any dangerous goods. Similar use was made of drones in Fukushima when they were used to get a view of the interior of the damaged nuclear reactor. In this way, it was possible to design cleaning plans and establish a prevention protocol for future leaks. Any human being exposed to that work would have perished due to the high radiation.

The ally for mining

Thanks to drones it is possible to carry out a 3D topographic survey in mining projects. You can also better control the excavation fronts and even enter certain areas that are not very accessible to operators. The authorities can use it to control those activities that are not allowed.

A vigilante for border control

Among the uses of drones, it is also necessary to mention control, since they can be used for surveillance at border points, or even at sea. It is a simpler and safer way to control the people or vessels that enter a country. It will also reduce the arrival of people or goods that try to enter without passing legal controls.

In this post, we give you tips on how to choose a drone.

Satellites in areas without Internet

At the same time, the drone is a perfect instrument to provide Internet in areas where there is no stable coverage yet. It is about making the function of a satellite with a certain coverage. The cost is not high and solar energy can be used to reduce consumption.

A toy for all ages

Of course, a drone is also a perfect tool for having fun. Many children and adults have made it their favorite toy and use it to fly at home or in the field. Combined with good cameras they can be used to take photos or make home recordings. They are easy to control and have a short learning curve, so anyone can fly a drone successfully in no time.

The drone has become a useful instrument not only for entertainment but for a wide variety of jobs. From security to transportation. Its operation allows us to make great progress in many fields and over time will offer possibilities that will surely make our lives much more comfortable. Of course, it also brings some important challenges, such as controlling the number of flights, especially in protected areas such as airports. But its use is unstoppable and the benefits are much more than we can imagine at first glance.

No comments to show.